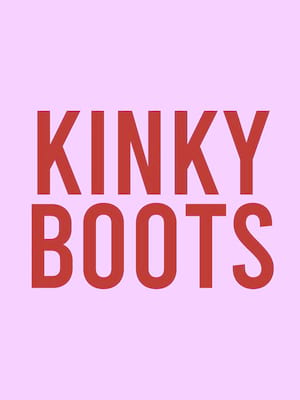 Inspired by a true Story!

TimeOut described it as "dazzling, sassy and uplifting", the Hollywood News heralded it as the "most fabulous feel-good musical of the decade" and now's your chance to see it! Charlie Price is at a crossroads: he has inherited his father's ailing shoe factory business but also has the opportunity to leave his home town and start a new life in London with his fiancee Nicola. He chooses shoes, and in trying to turn the business around, he comes across Lola, a gorgeous drag queen in need of some sparkling stiletto thigh-high boots and a fabulous idea!

Lola turns Charlie's perspective and his fortunes on their head. Embracing their differences, Charlie and Lola work together to create a collection of stilettos like no other and develop a surprising and formidable friendship. When you challenge your perceptions of someone, it can change your world. Heartwarming, entertaining and filled with classic songs that like Raise Your Up, Sex is the Heel and Everybody Say Yeah.

With sensational songs written by Cindy Lauper, Kinky Boots is the smash hit musical that won rave reviews across the board and won every major Best Musical award including a Tony, a Grammy and an Olivier Award.

Two hours and 20 minutes with a 15 minute intermission

Sound good to you? Share this page on social media and let your friends know about Kinky Boots at Paramount Theatre.