Sorry, it looks like Ragtime is no longer happening on these dates 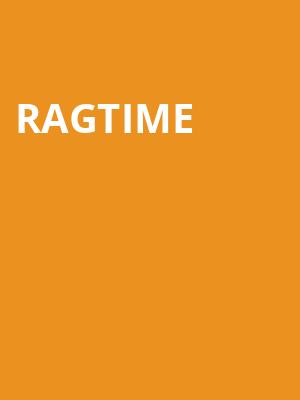 The show contains some of the most breathtaking musical theater writing of the last 25 years.

One of the most acclaimed musicals of modern times is back in a brand new revival at Aurora's Paramount Theatre. The winner of four Tonys during its 1998 Broadway debut production, Ragtime is a grand diorama of early 20th Century American life, featuring appearances from some of the most important figures of the day, including Houdini and Henry Ford, all shot through with the music of ragtime.

The vibrant tuner paints a dazzling portrait of American life at the beginning of the 20th century by weaving together the stories of three separate and very different families. There's the upper-class white Protestant family living in New York, the African-American family headed by ragtime musician Coalhouse Walker Jr. and poor European migrants Tateh and his daughter, who arrive at Ellis Island looking for a better life. This patchwork of characters cross paths and overlap with each other in surprising ways, and their seemingly disparate strands coming together in a profound and relatable depiction of what it means to be human.

Seen Ragtime? Loved it? Hated it?

Sound good to you? Share this page on social media and let your friends know about Ragtime at Paramount Theatre.