Sorry! You missed The Secret of My Success at Paramount Theatre 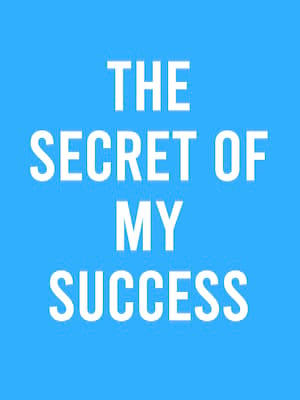 The Secret of My Success

Why See The Secret of My Success?

The film was originally released in 1987 and starred Michael J. Fox as the ambitious Brantley Foster, who moves to New York from the midwest hoping to make it big in the world of finance, but has the rug pulled from underneath him when his job is made redundant on his first day and he's forced to take a post in the mailroom of his distant uncle's (inherited) multi-million dollar business.

Determined to turn his fortunes around, Brantley becomes embroiled in a scheme in which he assumes the identity of another up and coming city exec, Carlton Whitfield, and falls for a beautiful, high-flying colleague, Christy.

His lies lead to many hilarious moments, but when he becomes romantically involved with Christy, he realizes that the success he once craved may not be the success he's really after.

Adapted for the stage by Greenberg and Steve Rosen, and featuring a score by Michael Mahler (Miss Saigon) and Alan Schmuckler (All Shook Up), Secrets of My Success look to be just that - an all-out hit. Be one of the first to see it as it premieres at the Aurora in Chicago.

Sound good to you? Share this page on social media and let your friends know about The Secret of My Success at Paramount Theatre.